Enter your City name or Pincode

Takhatgarh is a small town in Rajasthan state. That town is one of the nine municipalities of Pali district. Takhatgarh, which is about 150 years old only, is located near the border of the district.

Takhatgarh town is named after the King of Jodhpur “Takhat Singh”. The story behind the establishment of Takhatgarh is interesting to read. Some people, who were not able to suffer the atrocities of the Thakurs, ran away and wanted to settle in the empire of Jodhpur State. When King Takhat Singh gave them permission to stay in his empire, the refugees expressed him their desire to establish a village on king’s name and to settle there. 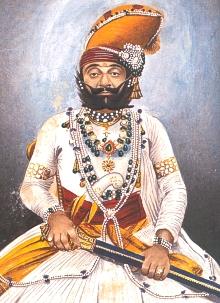 As a part of building the village, they dug a well, but the water in it was not sweet. At that time they found an already dug well nearby and thus they took permission to settle there. There is an interesting myth related to this well called Pechka. It is believed that the dug was built by 60, 000 sons of King Sagar. People in Takhatgarh still depend on this well for drinking water.

Even after the settlement in Tkahatgarh, Takur came here and one soldier of King Pir Singh was killed there in struggle with Thakur. Now Pir bavasi Majar is situated there. Takhatgarh’s Janma-Patrika prepared by Pandits and Pond, temples, Cremation place were established in Takhatgarh according to the Vtu in 1858. So Takhatgarh town is about 150 years old now.

Takhatgarh town, with an average elevation of 221 metres, is locared at 25.330N 73.00E. It has total area of 24 km2. The city is situated near the Jalore district boarder on Jalore-Sanderao road NH325 (old SH-16). You can see one pond and one dam in Takhatgarh. Pond water helps increase water level in wells, which are used for drinking water supply to the town.

Economy of Takhatgarh mainly depends on agriculture. Many people here do various businesses in other states such as Maharashtra, Tamilnadu, Gujrat and Karnataka.

Takhatgarh town comes under Sumerpur tehsil of Pali district in Rajasthan state. It is a municipality of class IV with 20 wards since 1974. Even though it was considered as town in 1951, the change in the definition of the town made it rural area again during 1961 to 1974. Takhatgarh municipality is the only municipality in the state that manages the water supply to the town. At present Takhatgarh has Indian National Congress board with Chairman Mr. Raju Rawal. It is the first time in the history of the town that Indian National Congress came in power in Municipal election of August 2010.

People in Takhatgarh mainly belong to any of the three religions Hindu, Jain and Muslim. Therefore all festivals like Deepawali, Holi, Eid etc are celebrated here with full joy. Even though the official language is Hindi, people in the city speak mostly Marwari language. Life here is generally peaceful.

Tourism in Takhatgarh
There are many temples in Takhatgarh city. An old Hindu temple of Shri Kundeshwar Mahadev and Jain temple of Shri Adinath Bhagwan are the main pilgrim locations in the town. A temple of Hindu deity Ambikadevi is also situated opposite to Government hospital here. Some of the popular Hindu temples in Takhatgarh are Baba ramdevji temple, Chondra Mataji temple, Panchamukhi Hanuman temple, Mahalaxmi temple and Gogaji temple. A temple of Takhat Bihari Raj Thajurjis Pran Pratistha, which is dedicated to the then ruler Takhat Singhji, has also been opened here since 29 April 2011. 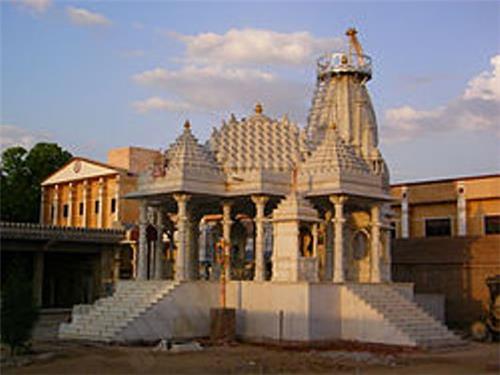 Transportation in Takhatgarh
There is no airport nearer to Takhatgarh. The major airports that tourists can depend to reach the town from other cities of India are the following.

People get taxi service to reach to Takhatgarh from these airports.

State owned buses are the common mode of transport in Takhatgarh. You may also get private buses here. Many private bus operators run bus services from major cities of Rajasthan and India to Takhatgarh regularly. However, trains are preferred for long journeys. The major station nearer to Suratgarh is Falna, which is approximately 28 km away from the town. People also depend on Jawai Band railway station.

Distance between Takhatgarh and major cities of India

Comments / Discussion Board - About Takhatgarh